This Female College Golf Team Will Make The Most Seasoned Opponent! 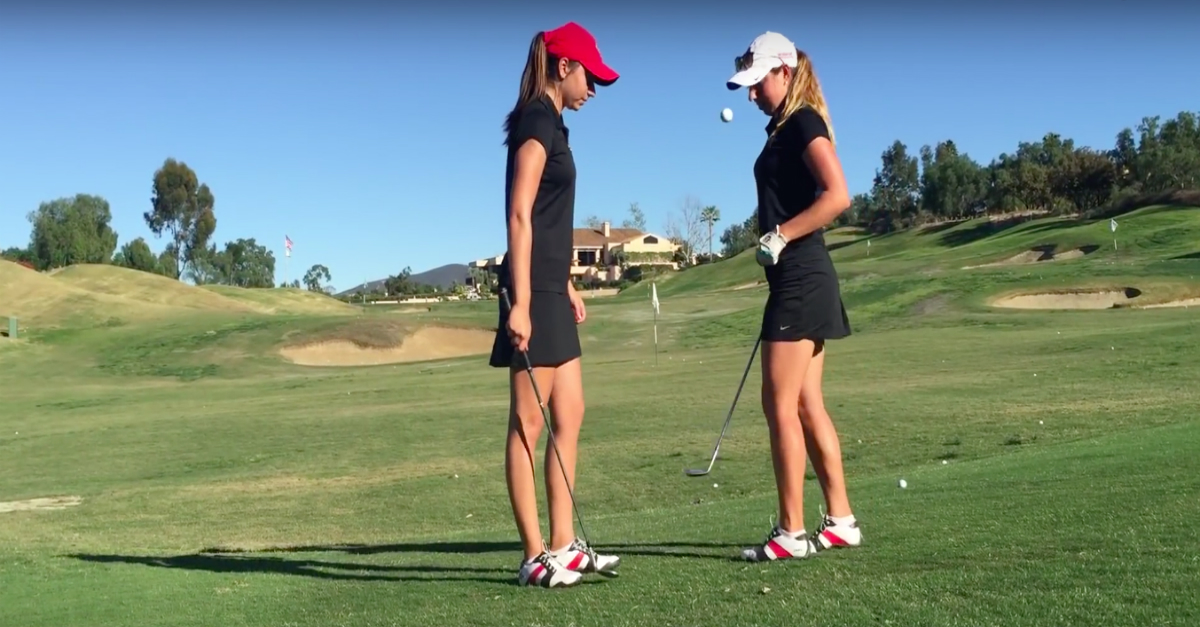 As a general rule of sportsmanship, one of the best ways to get into the head of your opponent is to show what you can do. Now, I’m not talking about those cheesy wrestling videos where grown men with roid rage scream at each other in gravelly voices. That might work for overgrown adults who still think the sport is real, but not so much for golf and especially college golf. This features SDSU college golf, specifically, featuring the Lady Aztecs.

If I were an opposing team, I would get really nervous seeing it simply because it showcases their skill in an entirely different matter. The best way to explain it is to use an analogy from another sport… football. It’s common for football teams to see footage of opponents in past games to get a feel for the opposing team, their plays, defense, etc. Golf teams do this a little bit from time to time, but it is not as effective when it comes to training.

The biggest challenge is the golf course itself. If you learn to play the course well, you can beat your opponent. Therefore, footage of your team playing a particular golf course would be of very little value to a gold coach and it would not rile up your opponent like this one.  No, you need to post like San Diego University did with the Lady Aztecs featuring your girls performing gratuitous trick shots and impossible feats of skill. END_OF_DOCUMENT_TOKEN_TO_BE_REPLACED

I mean let’s be honest. Even a seasoned pro would get nervous seeing these girls perform these trick shots! It’s one thing to be good at golf, it’s another thing to show how

I mean let’s be honest. Even a seasoned pro would get nervous seeing these girls perform these trick shots! It’s one thing to be good at golf, it’s another thing to show how good you are by letting the world see you perform some pretty impossible maneuvers. It certainly has that “in your face factor” for sure. If that were a school yard bully, you would give it your lunch money every day.

These girls do it all with a smile and laugh too. Maybe that’s a thing with San Diego colleges, who knows? What I do know is this is more entertaining than the last movie you watched. Plus, if you happen to be a golfer, it’s a motivator. Try to pull off some of these tricks. I bet you can’t. These girls are phenomenal. Passing the ball back and forth, sinking a hole-in-one in their shirt, rolling it off the back, and an alley oop sand pit send off are a few of the highlights. However, it is the last trick in particular that will make your jaw drop.

I told you it was good! As impressive as that last trick is though, it seems that the hardest trick of all is the one that is prominently featured throughout. It might look familiar to you for some reason. If you remember the famous Nike commercial featuring Tiger Woods bouncing a golf ball on a sand wedge then smacking it out down the fairway, it’s the same thing the Lady Aztecs are doing. And to do it this well, for that length of time takes a lot of practice. Remember, Tiger was ranked number one in the world at the time, and the Lady Aztecs spend a lot of time on the green as well. Mastery like that does not happen overnight.

Pulling off the Golf Ball Bounce

If you want to be able to do the same thing, and impress your buddies on the golf course, there are a few things you can do. For starters, grab an eight iron. It will serve you best since the service is much flatter than any of your other clubs. Next, it’s time to bounce. The key to bouncing the golf ball on your club is to keep the balance perfectly linear. You want the ball to bounce up and down, with no sideways movements at all. However, you don’t want it to bounce very high either. Take some time getting a feel for that, and try to bounce the ball keeping it in line with the center part of your body for best results.   Keep in mind, this is a challenging trick. It takes a lot of time and a lot of effort to master. Yet, when you are through, you should be able to do a few of those cool things like the Lady Aztecs do. You might be able to bounce it up and take a swing, pass it off to a friend, or even try to sink it in a shirt pocket.   You will find that the higher you bounce the ball, the more difficult the trick becomes. If you manage to pull off a few bounces successfully, your adoration for these girls will go to a new level. If not, feel free to see it over and over again. They say repetition is the key to learning. And hey, even if you don’t learn, at least you have something entertaining to view with beautiful golf goddesses as the subject!