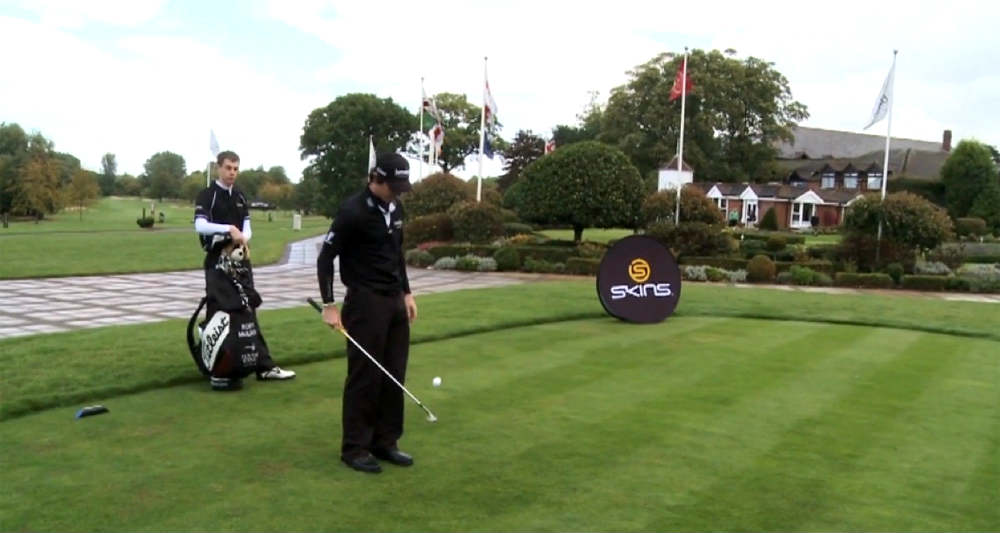 At the tenth hole at the Belfry, legendary and world renowned PGA golf champion Rory McIlroy appeared to casually belt a ball some three hundred yards to hit the iconic bell overlooking the course. Not just that, the ball then just as casually plopped back down not but ten feet away from the launch point.

The physics behind such a maneuver have been worked over by the likes of ESPN and Aussie Golfer. Despite the roaring cry of “foul” by sporting authorities, there’s plenty of gaps left in the analysis. It’s a good question. With international golfers all clamoring for greater and greater sponsorships to support their career, would it be just as easy to do a trick of a camera rather than do the genuine article? Physics says it’s relatively possible for a 46 gram ball to travel through the air, hit the parabolic lip of a bell and return back. However, the real damning piece of evidence is the law of Conservation of Mass.

In order for the ball to return back a similar distance from which it was launched would require additional kinetic energy input. Using just the Conversation of Mass, we’ll explain why this shot couldn’t be genuine.
1. The driver applies some amount of force to a 46 gram golf ball. The golf ball, imbued with some fraction of the total force applied from the driver, has a sudden burst of kinetic energy. END_OF_DOCUMENT_TOKEN_TO_BE_REPLACED

So, in five points, we’ve ultimately proven that this shot was a fake. But, within the illusion lies a shred of reality. Because it’s obvious that the return flight came behin

2. In the air, the surface of the ball encounters air friction – sapping energy from the ball’s flight.
3. At the bell, the golf ball would collide with the brass structure and transfer almost all of its remaining energy into it.
4. The bell would absorb some amount – decidedly less than the total value transferred – and, in turn, give back a fraction of that energy to the ball for it’s ricochet flight.
5. The return flight of the ball would have a measly fraction of its starting energy. This, alone, virtually guarantees it could not complete the entirety of the distance back to McIlroy.

So, in five points, we’ve ultimately proven that this shot was a fake. But, within the illusion lies a shred of reality. Because it’s obvious that the return flight came behind the giant bush guarding the front entrance, one can only wonder what would have happened if the golfer on the other side was off by just a few degrees to the right?

THAT would have been a fantastic publicity stunt.

For Whom the Bell Tolls

In order to get the bell to ring at the proper depth and interval to create the illusion of the shot, someone must have hit it with a golf ball. The return shot was likely executed by a wedge from behind the bush. This means that there is the distinct and likely possibility that McIlroy did in fact strike the bell with a ball he casually launched. Par for the course for this golf prodigy whom has quickly risen through the PGA ranks at such an early age.

So while this was decidedly a poorly planned publicity stunt by the marketing division of Skins, but Skins is a golf apparel designer and manufacturer – not exactly the sort who would have remembered that tiny bit of trivia from high school physics class. Can they be blamed? Additionally, would it really matter if McIlroy had or had not genuinely hit the bell – which is the larger of the believable and amazing possibilities? As 2015 shapes up to be one of the most pivotal years for McIlroy’s career, this bell stunt will largely be consigned to the dust bin of tongue-in-cheek advertising.